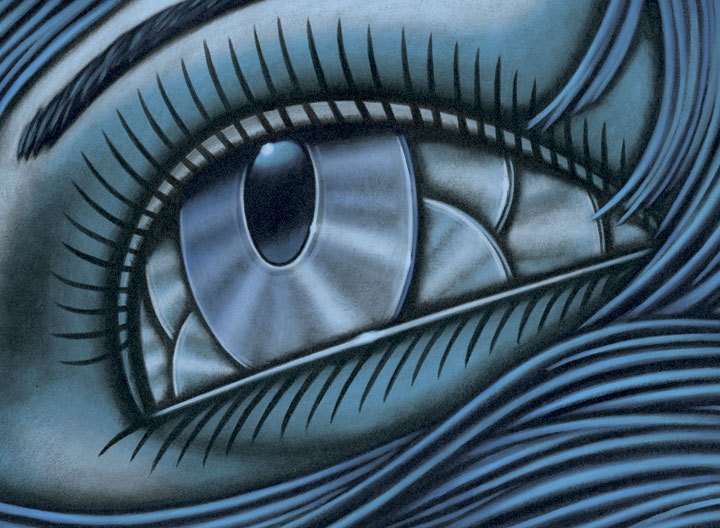 Couple of recent illustrations about hardware. First is for Popular Science about the way of comparing BluRay players. Seems it can be quite difficult even for a techie. One area is in the detail of human hair. Not sure as to how close you have to be to the screen? Art Director; Ashley Smestad. 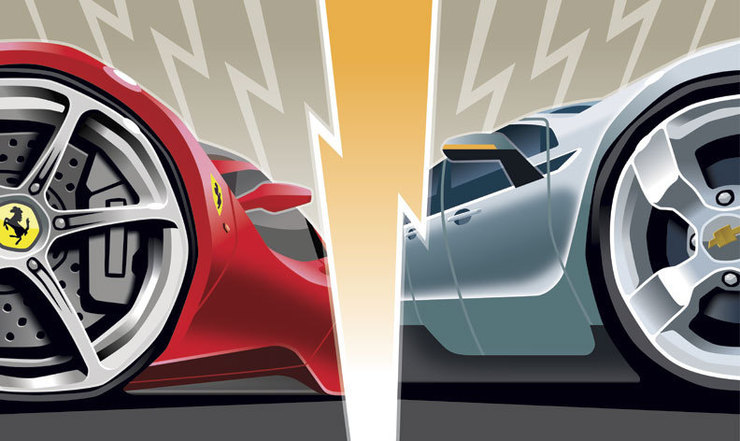 Another for Motor Trend about the release of two very different cars, the Ferrari 458, and Chevy Volt. The article describes the attributes of both. In my opinion the Ferrari ironically is more of going down the same trail. Expensive, fast, and flashy it's effect on the automotive world will be limited. Where as the aspirational implications of the Volt are much larger. Article was is titled, "Bolt & Volt". Art Director; Andy Foster.

While in New York back in early November, I was honoured to be asked to be on one of the Society of Illustrators juries for the annual exhibitions of the best of the year. Sorry, I'm not about to post any inside info about the process of the judging. It was a small thing that Edel Rodriguez did as an aside. While taking a break I noticed Edel opening a number of small packages, one of which contained I believe was a memory stick for his camera. He looked at the package, smiled, and pointed the logo out to me. I saw a blast from the past. My first reaction was that of some self effacing humour, followed by recollection. After arriving back home out west, and about a month later, I was pulling apart the morning paper, when what slides out?… another sale flyer from a local electronics store. There is was again, and now that I'm a little more aware, it's been popping-up more lately. It was sometime back in the early nineties that I painted the original. The assignment was to illustrate a human head sans the top. There were to be computer chips going into the head. I developed a background treatment based on the imagery of the technology of the time. I painted in oils on a gel base on heavy stock paper. It was an odd approach as it made reproducing the art a real challenge. I remember the term, "specular highlights", and frustration. A transparency was usually a necessary step in reproduction. Having access to a good photographer was a must. The texture evolved out of an approach going back a decade. 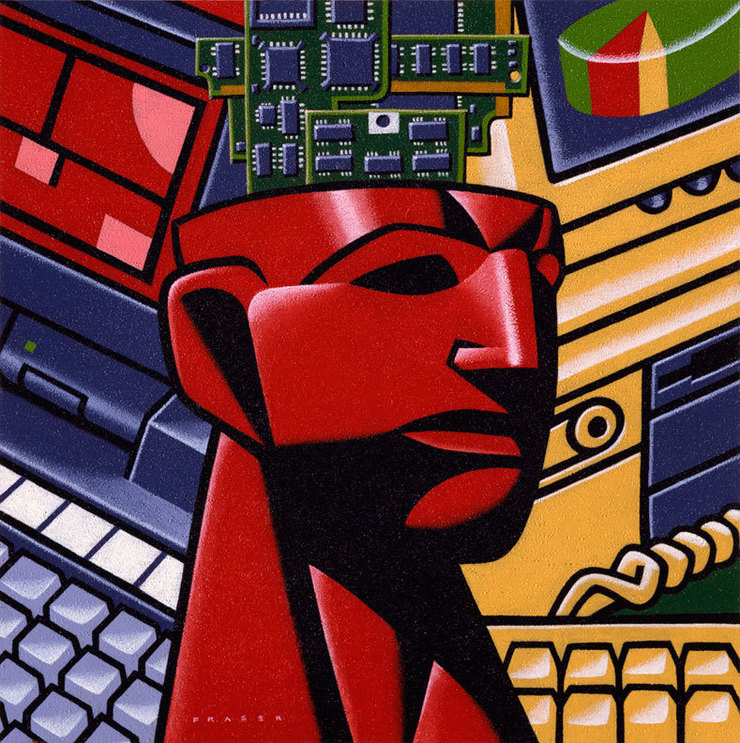 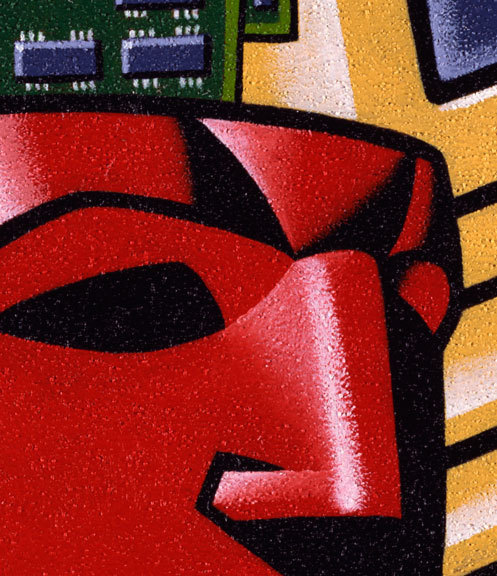 updated logo application. kingston changed the brow, and vectorized it. 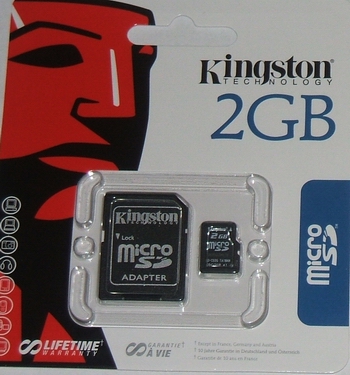 In the logo on packaging today the texture is gone, but there's that red head with no top. It's been in use for a while now.