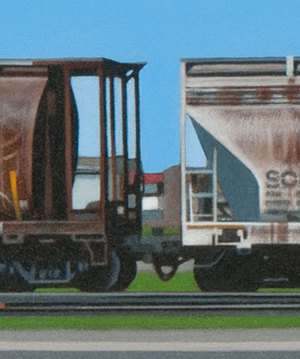 My painting Rail along with another of my recent pieces, will be in a group show opening on January. In this piece, I'm embracing the horizontal nature of the scene, and subtle levels of distortion. It's also influenced by a Kenneth Noland piece I'd seen last summer. I wanted to express the stark horizontal bands, and lines of the foreground. Also the subtle tones of the grain cars with faceted breaks between them divides the foreground from the large blue of the prairie sky. The light pole had a mild waver to it. Which gave it an organic nature much like the bright green grass around the tracks. I do miss the summer heat during these short days of winter. 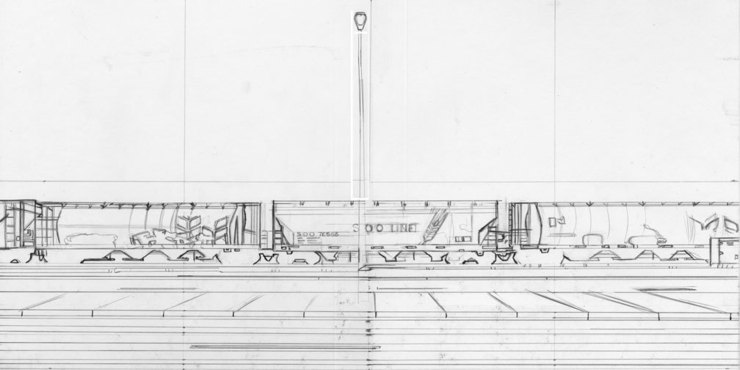