JANUARY 16, 2008
Back in late 1996 the masculine tone of my work was thought to be fun and appropriate by art director Andrew Dalsass. He wanted to create a theme for a local Manhattan clothing store targeted at the male white-collar work force of New York. I was sent fabric samples and told verbally the direction and theme. The upper negative space of this image was often for type, which spelled out the Rothman’s Man’s many abilities as well as his fondness for power tools, and other adventures. The campaign has been well received and continues today. The image is a hybrid of socialist propaganda and comic book. The owner of the store, Ken Giddon, has become much more of an influence on the more recent images in the series. What follows are a few of the illustrations that span the last eleven to twelve years. Pant widths, and chunky soles have changed, but the idea of the branding has been maintained. Ken Giddon has been a loyal client. 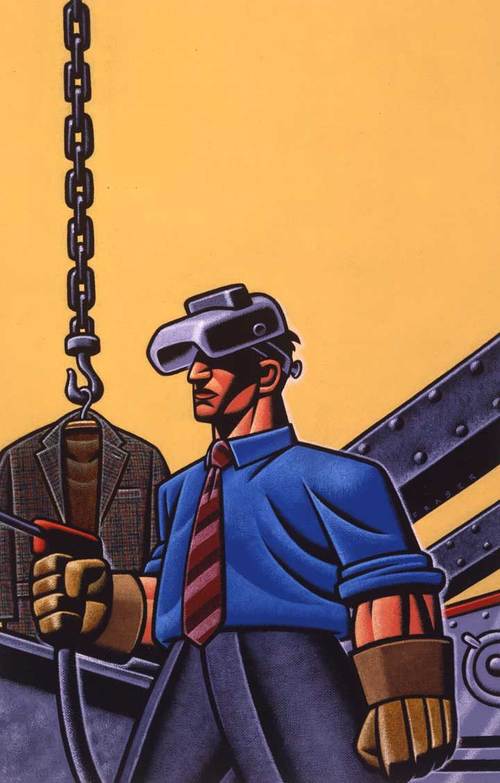 The very first one 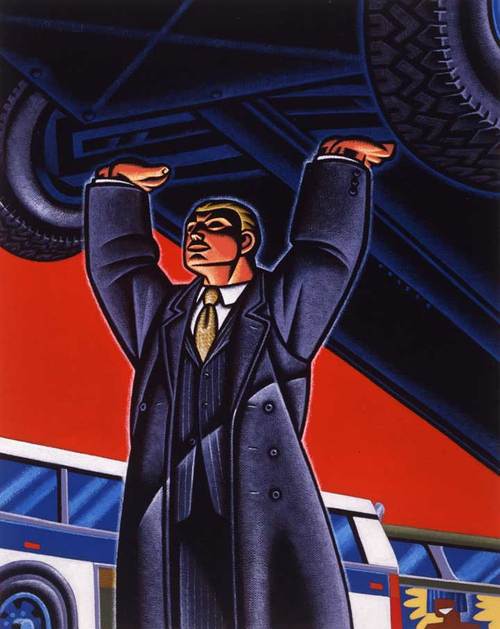 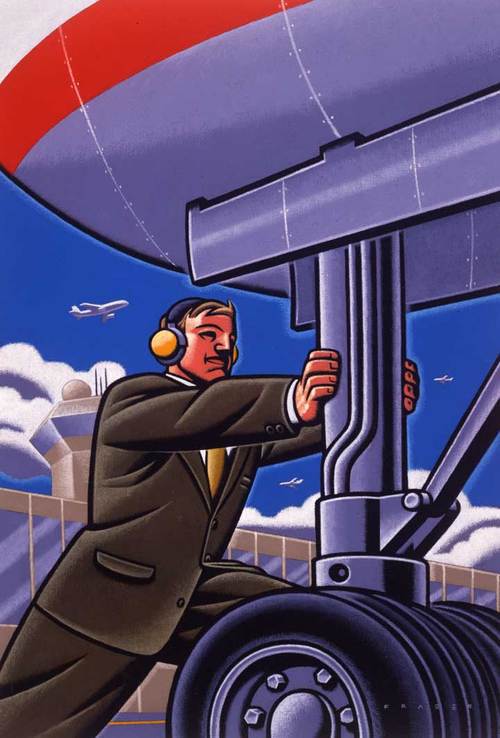 Pushing away from the gate 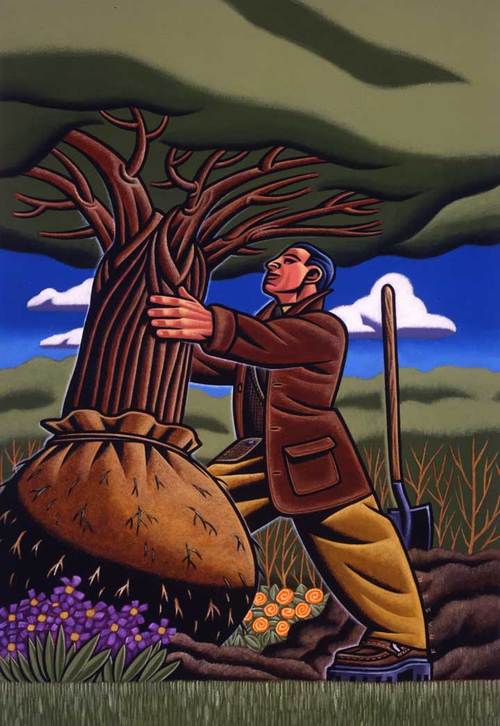 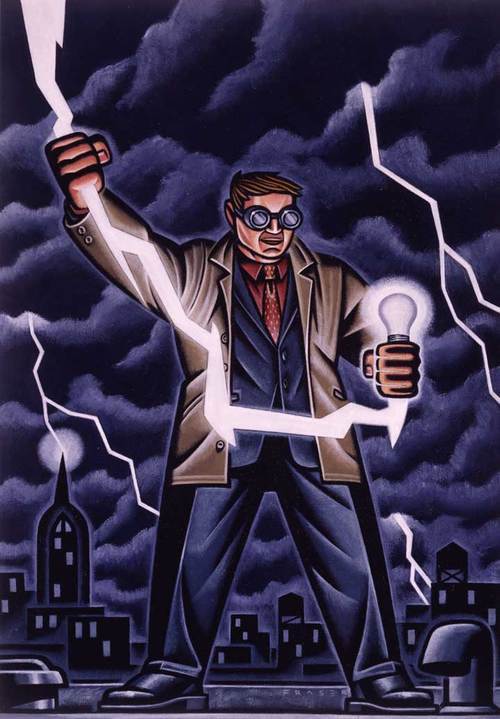 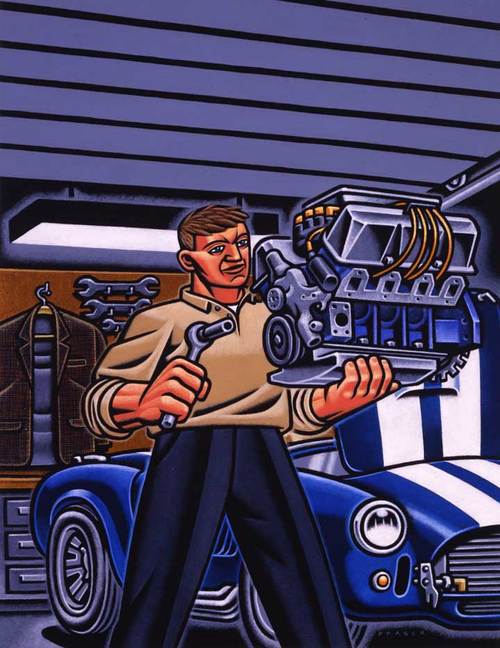 Tinkering in the garage 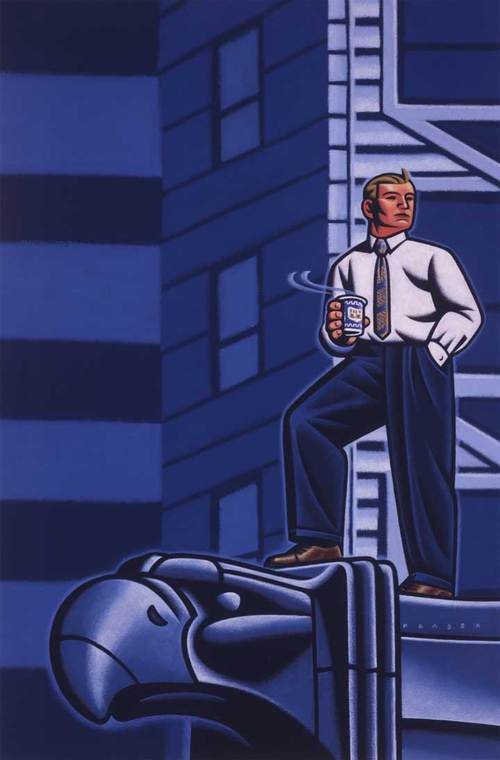 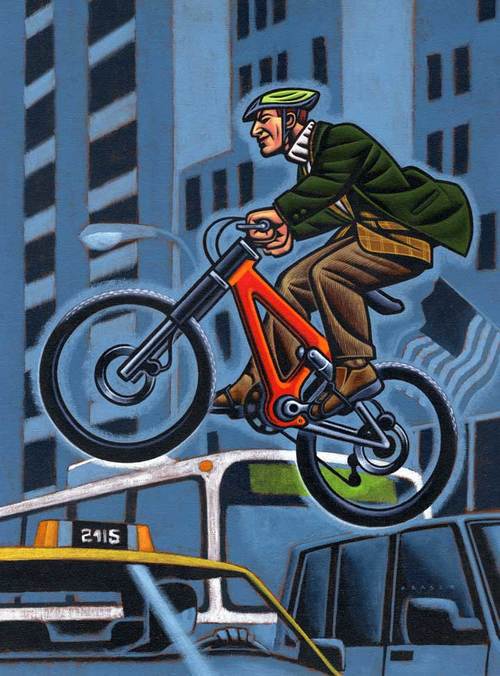 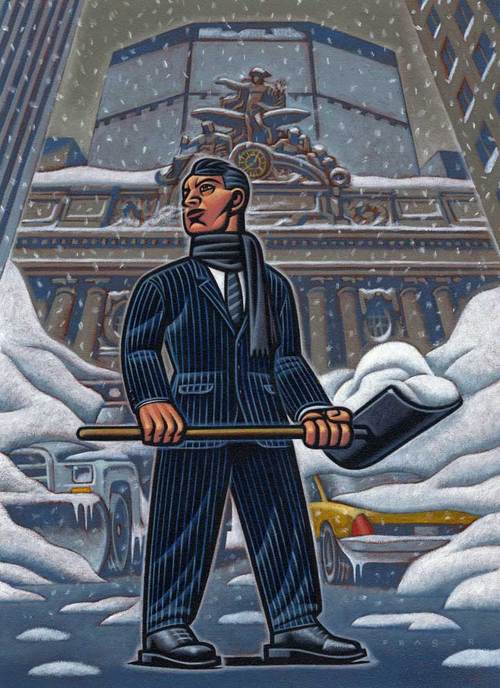 Helping out on Park Avenue 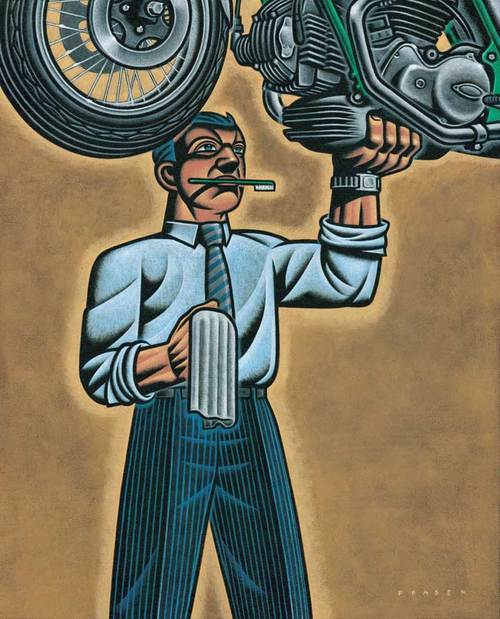 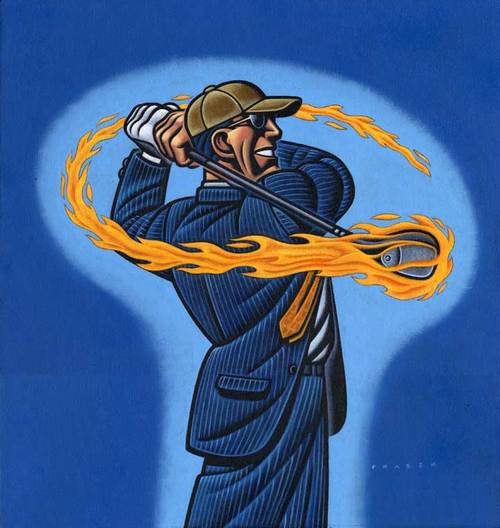 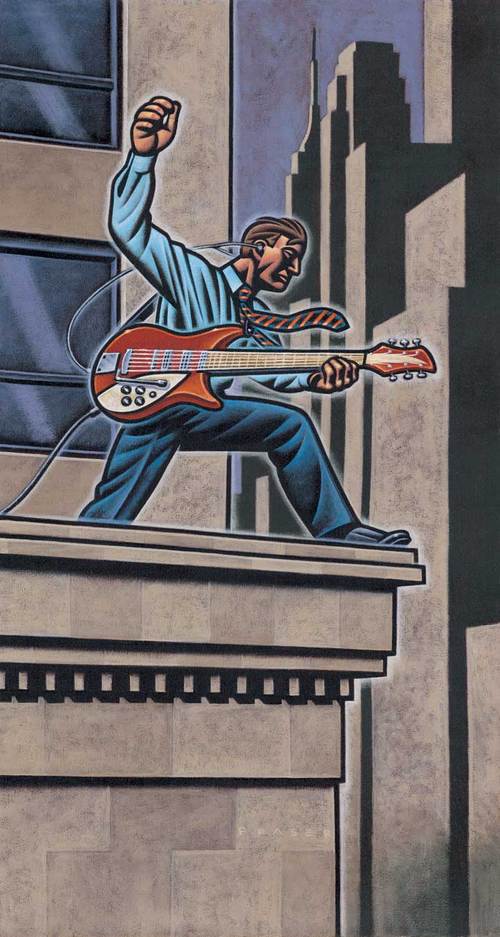