JANUARY 24, 2008
It's winter here, damn! January in the northern hemisphere, but down south, or the other up, it's summer. The Australian Open is underway, and the final rounds are closing in. Being from Canada, and married to a tennis addict, I've watched more than my fair share of matches. One of the big assignments in the world of sports I've had is the honor of working on the art for US Open in New York. Watching the power of the contemporary players, it becomes apparent that tennis today has definitely left it's genteel roots. For a while American players really changed the game especially in the women's division. It was back in 2001 that I was approached to do sketches along with others for the potential of working on the US Open. I was not awarded the assignment. Then a year later the opportunity presented itself again. On reflection I felt that I had let the opportunity intimidate me somewhat the first time round. So I focused on the power element that I felt was so much a part of the American game. I presented my sketches, and was picked for the final. The resulting odyssey from my sketches to the finish was episodic, akin to struggling with a multi-headed hydra. Needless to say that in the world of professional tennis egos are large, and the US Open is not a small affair. I was educated in the game of power.
Sketches from the first round in 2001 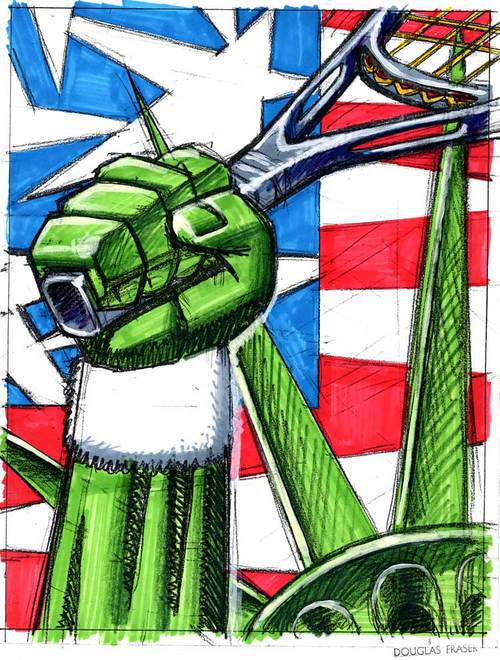 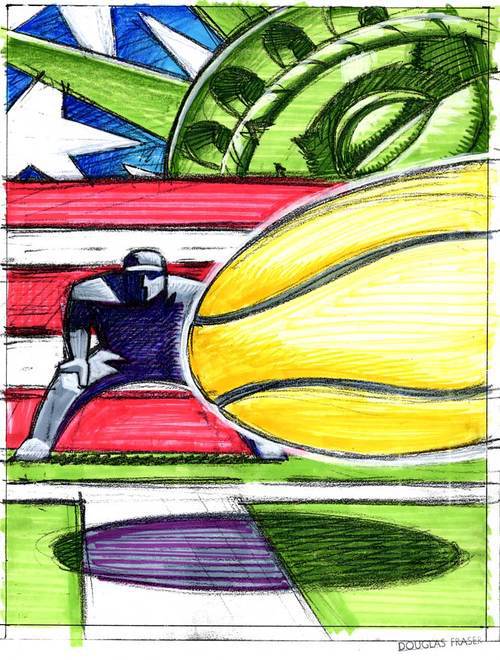 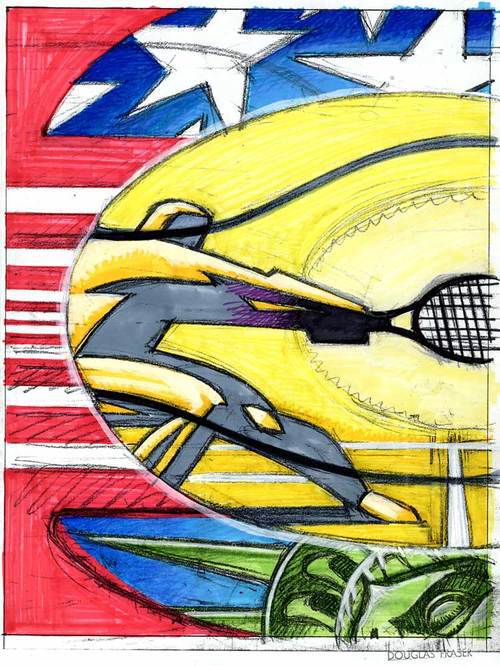 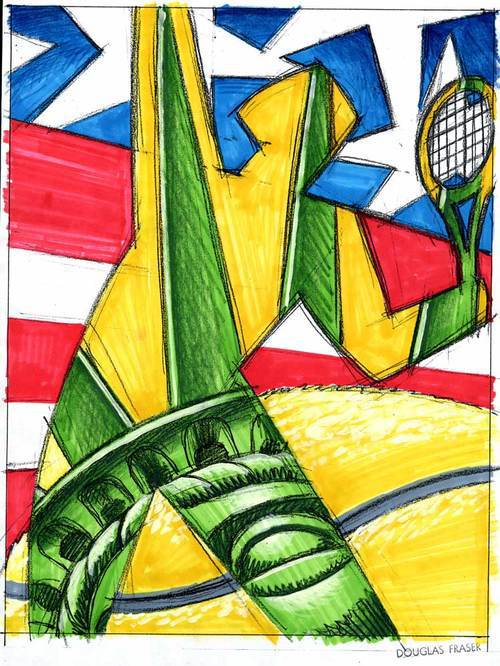 Second round of sketches for the 2002 US Open 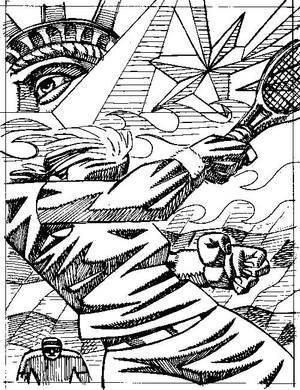 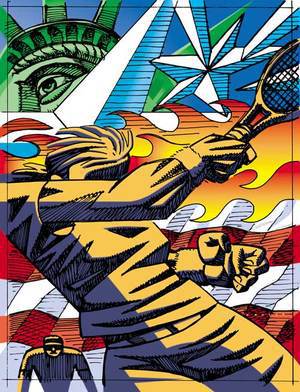 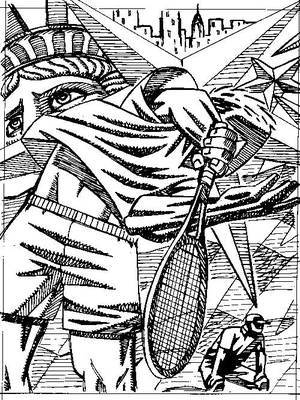 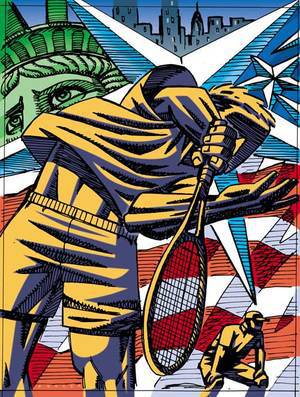 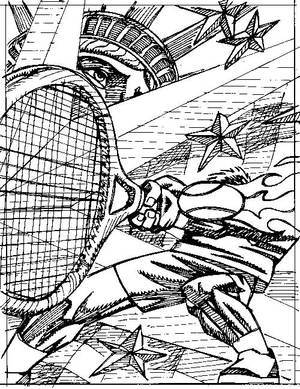 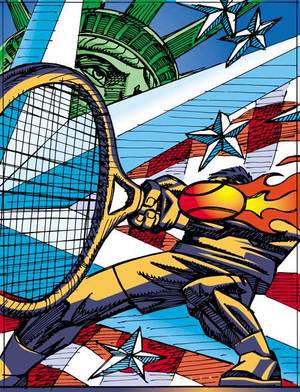 After chasing my tail, I was told that actually my old sketches from the first round held more promise. I was directed to develop a new direction based on the passed over group from a year early. Yeesh, at this point I was not feeling the joy. Still you dig down deep and give your best. Second serve is never as strong as the first. 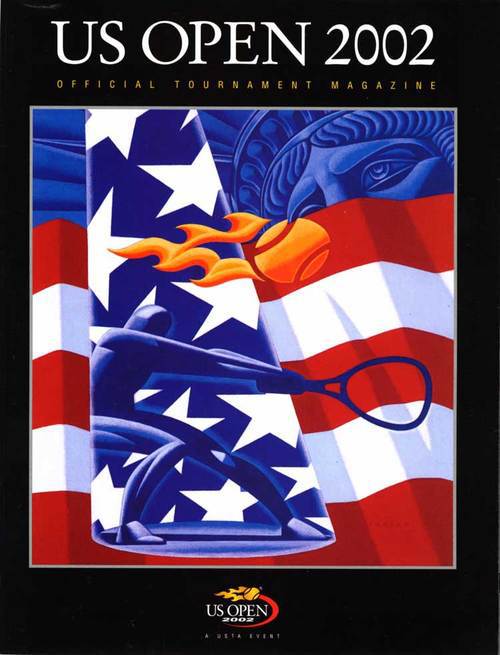 One of the uses for the final was the cover of the program guide. Also huge banners were printed up, T-Shirts, and many other usages. It was exciting and frustrating to have had such an honor. At the moment down under Serena, Venus, Roddick, and Blake are out maybe a symbol of the present American game. Federer resides as a god, he makes it look so easy. It's summer somewhere out there.
Topical: Advertising