FEBRUARY 22, 2008
Was away for a couple weeks. An assignment I did back in December is now coming out in some magazines. Over the holidays I was busy on an assignment for Honda motorcycles. Motorcycles have been an interest for me for many years. I got on my first motorcycle at thirteen. It's was a Honda CB100. So when I get a chance to do some illustration work with a motorcycle it's a pretty good deal. I've done work for motorcycle magazines over the years, but the advertising work usually is photo based these days. The last advertising work I did was back in 1993 for Suzuki. This assignment was to be "friendly" as Honda wanted an inclusive message, not just one tribal group as in outlaw biker, or racer bad boys. Attached are the development sketches. Earlier on the direction was to include a dragon theme which came from the venue in Tennessee. The area in Tennessee has twisty roads that are fun to ride on a motorcycle, named the Dragon's Tail. I've added the old Suzuki illustrations for comparison. The Suzuki pieces are fifteen years old now. I was really inspired by the work of Stuart Davis then. I wanted the Honda image to have more of an americana regionalist feel. So here's what follows; 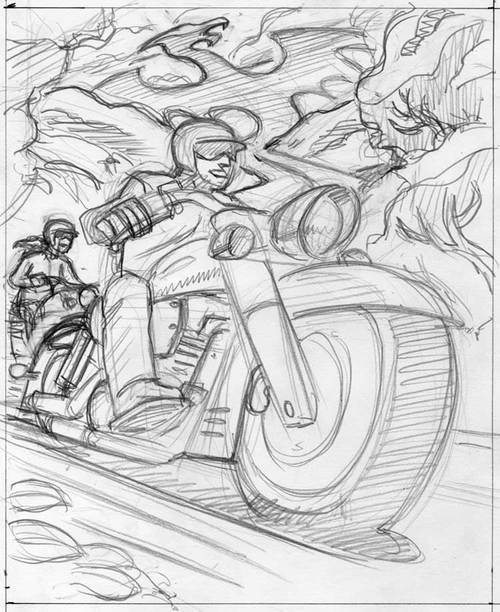 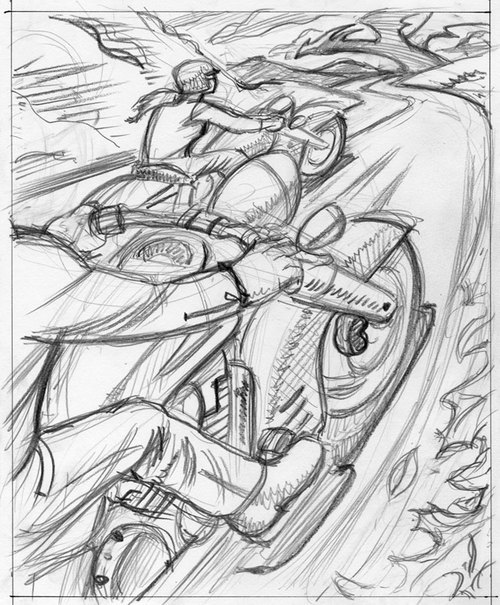 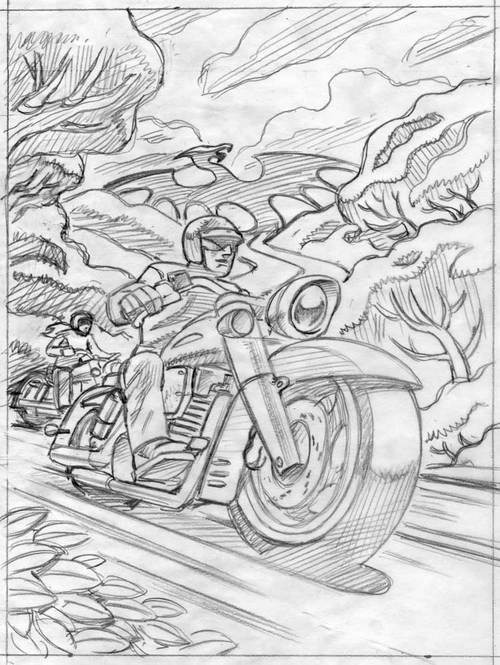 Direction picked by the client. 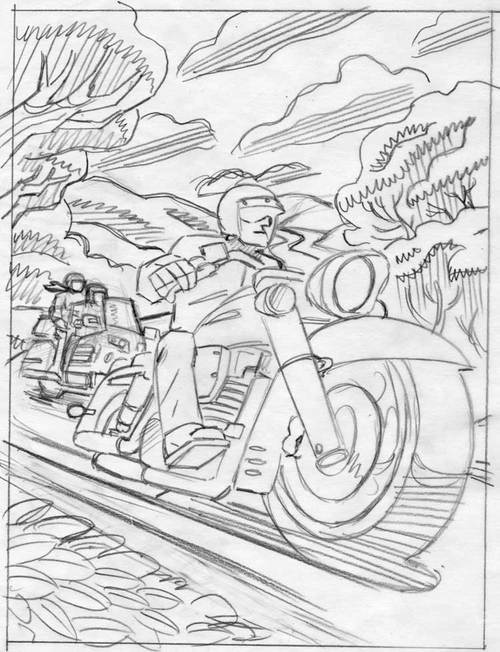 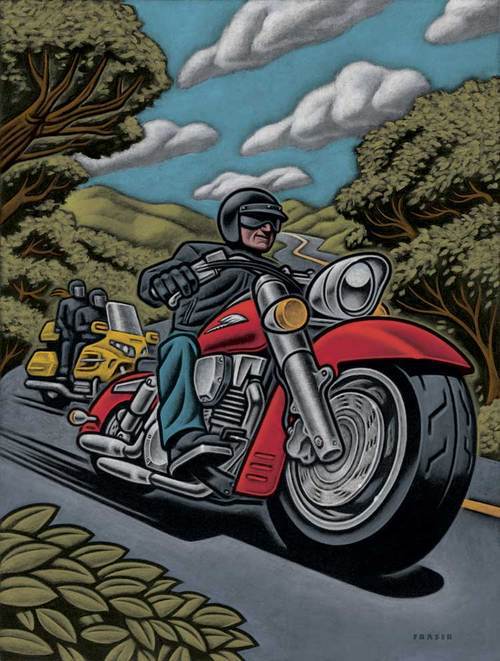 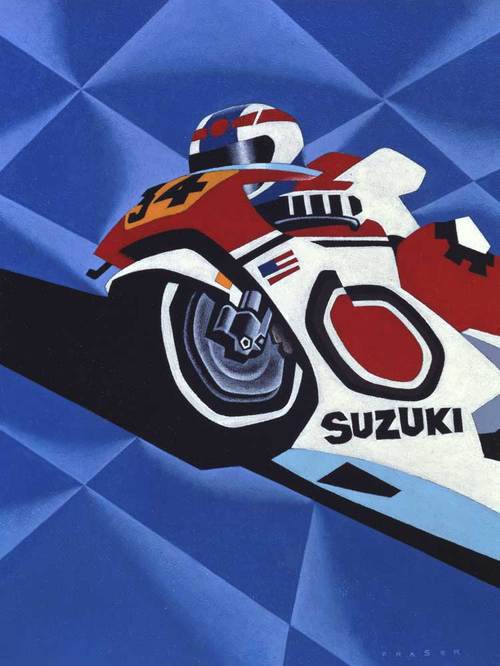 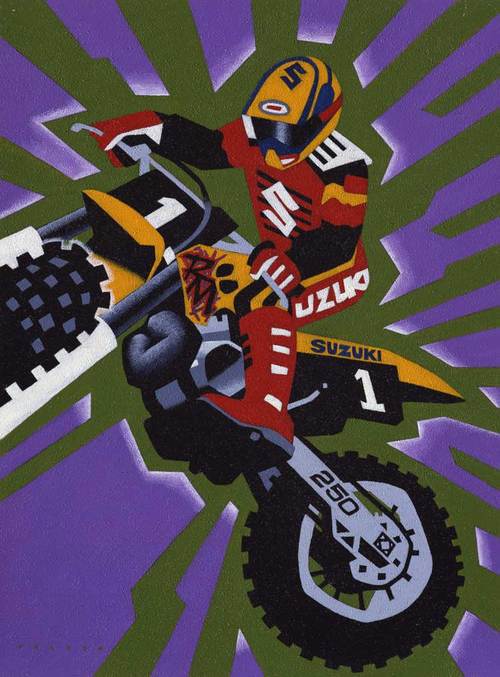 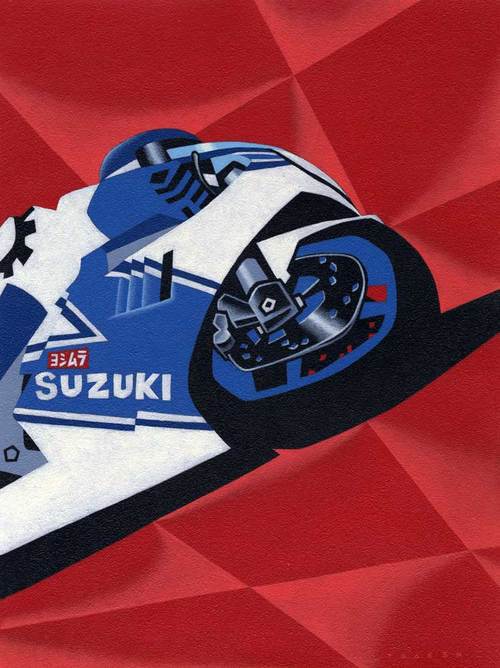 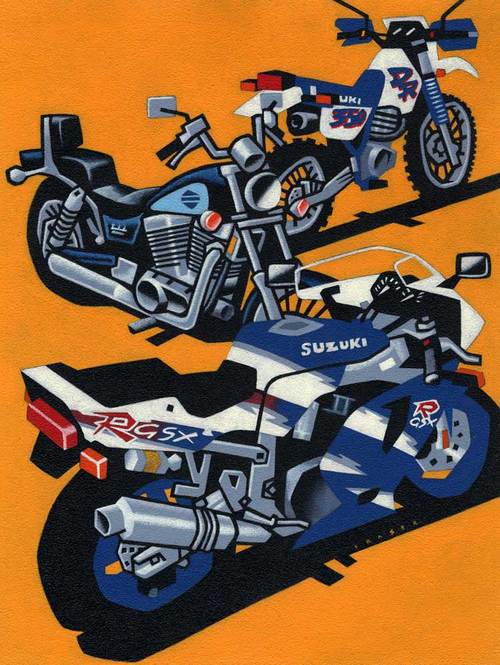