MAY 16, 2008
I did a FORD canada assignment a couple of months back, that just now is being seen. I think it was the art I had done for Pep boys that drew attention to my working on the project. The original call came in last November, and hoped it would be fun. The project involved assigning a model in the FORD line-up to a different artist. The Mustang was the model I was assigned. I was quite excited as it was a car dreamt of at an earlier age. Just before starting sketches, FORD and the design firm decided to DROP the car, and have the artists painting a backdrop to have a photo of the car stripped in. The fun assignment seem to loose it's drive for me. I received a sample of the color the now none existent Mustang was to be as a guide for my illustration. The color was a silver gray, which is to say "gray". I tried to develop a feel in the image that described the Mustang. The painting was done in black & white with the color sample used for the foreground of the image. I used two other colors for the rest of the image. Color added digitally. 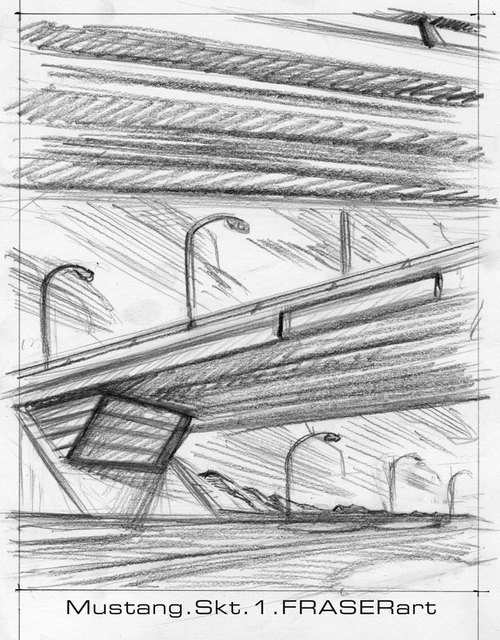 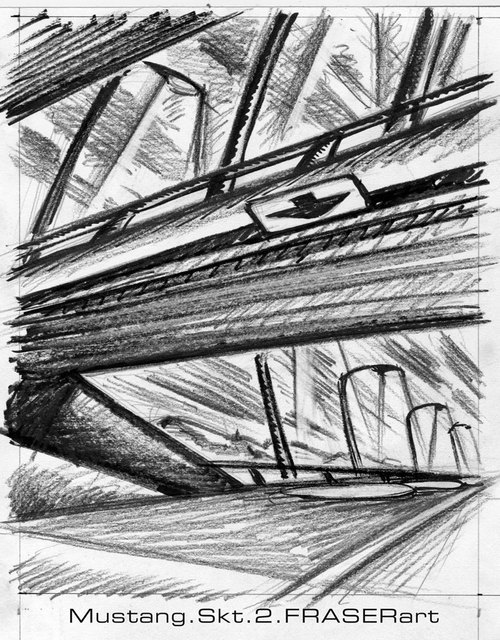 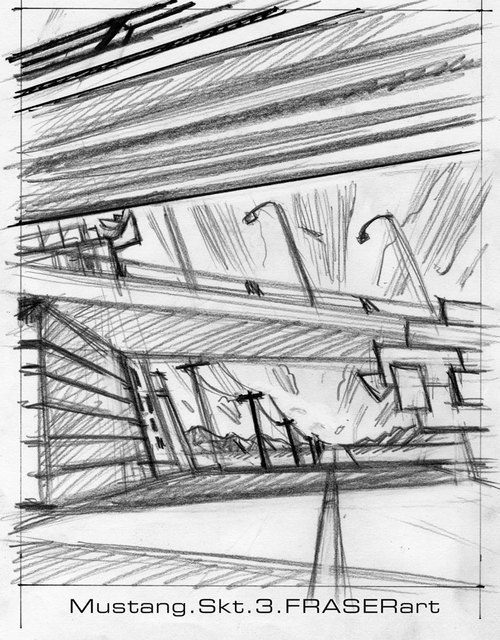 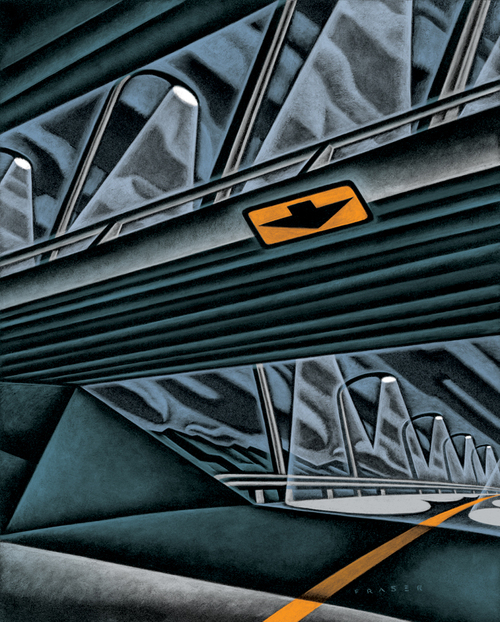