JUNE 25, 2008
I've been doing a mix of assignments lately. Some editorial, and some advertising. With the current economic picture coming daily at me through the media it does feel good to be working. In the most recent issue of Mother Jones, the section Media Jones, I've done an illustration. The subject being the Iraq war film, and the failures to date. Hollywood has not produced a project that has connected with the American public. In my opinion it might just be too early historically to have perspective on the subject. Attached are my sketches and the final art. I wanted to try and describe the disconnect between war & Hollywood, plus a pathos in the lone over burdened soldier. The soldier is isolated and alone. For final art my art director, Allison Milmoe requested an approach I've done with brush & ink, and my computer. It's old school hand separations. It felt good to have worked with Mother Jones after quite some time since I last did. 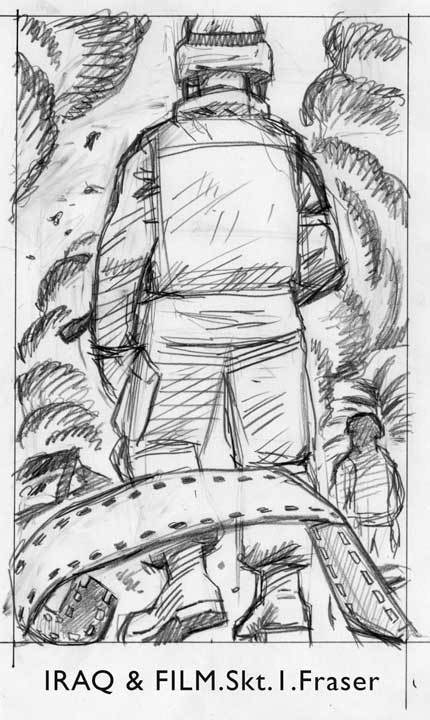 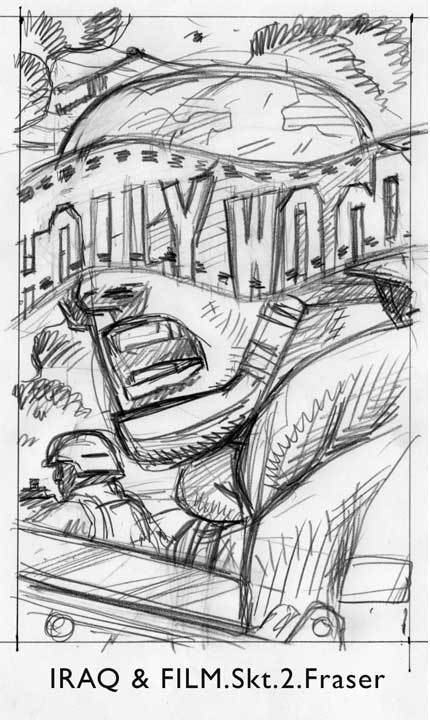 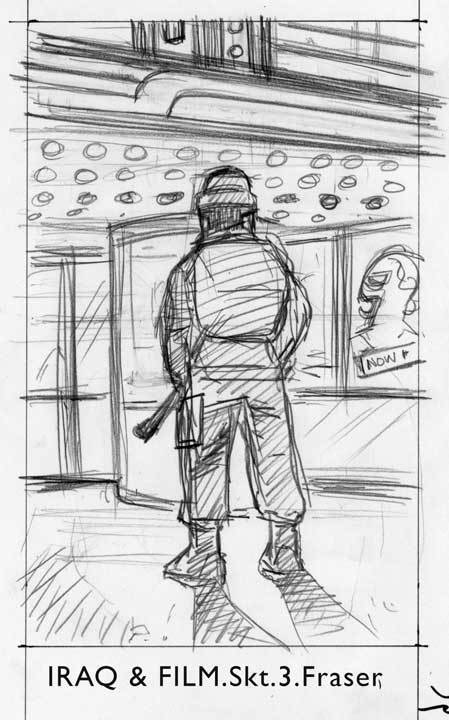 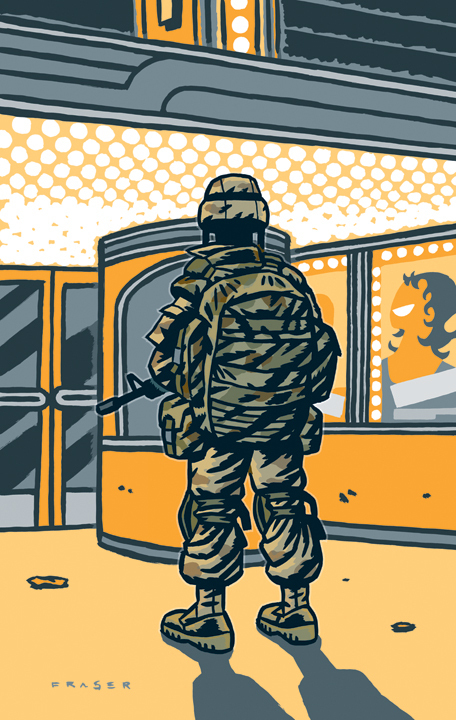