Just hitting the newsstand in Alberta, Canada is the most recent issue of Alberta Views Magazine. Alberta, for those that don't know is north of Montana, on the east side of the Rockies. Oil, and ranching are big in this Canadian Province. There is a ironic issue being pounded out in Alberta surrounding the question of nuclear power. Alberta is home to one of the largest oil deposits in the world, yet is being pressured by the nuclear industry to build a reactor in the north part of the province. The article I did illustrations for seemed well written and detailed. The Nuclear industry will always frame the question in an either-or manner, to achieve the prescribed answer. The discussion of Renewables, and their future development, and growing strength is quickly dismissed by the Nuclear factions. Also real bottom line numbers on the cost of Nuclear is never shown in the light of day. The term "Bullshit" is in the text, and backed up. The opening illustration is obvious in subject, with the half page image follow-up being the Renewables, wind & solar. So I've now painted crap, to the affirmation of some. 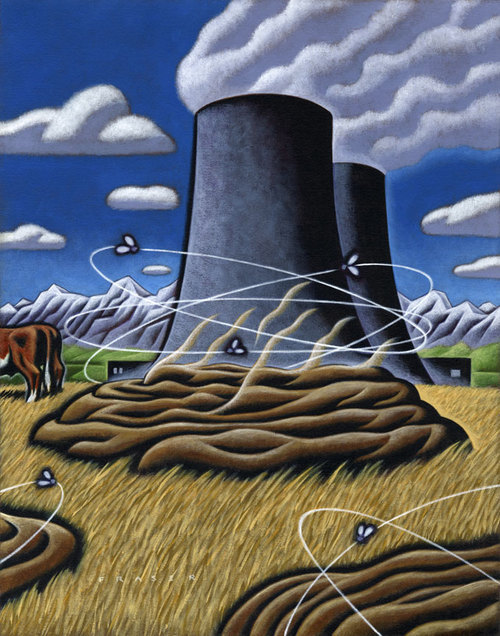 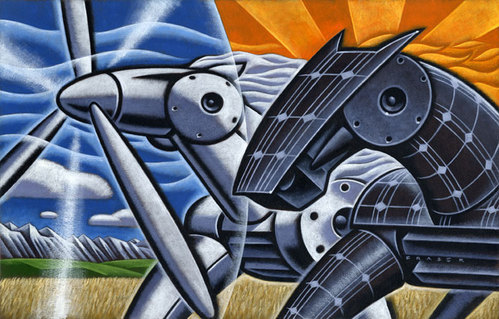