Back to the Future

It's back to the future for me on several illustrations for a client known as Digital Realty Trust. DRT builds data centers, we're talking massive secure places that are built to hold large amounts of data for corporations, and industry. The art director, Benji Vega, wanted a strong powerful industrialization-of-America look. Here are the first two of three illustrations highlighting DRT's logo in the art. The first illustration is from the factory. A worker throws a lever in the foreground with the cubes rolling out for distribution. In the second the cubes are leaving the factory and being shipped out on a trains heading in all directions. I went for a 30's era streamlined look to tie with mural theme. Hugh Ferriss meets Buck Rogers. It's subject matter I've dealt with before. That era of murals, and dreams seems to symbolize the feeling of a better world through technology. Here some pencils and the first two illustrations. 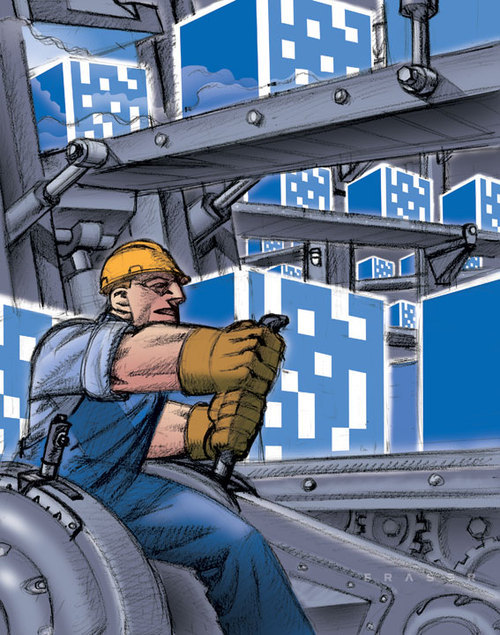 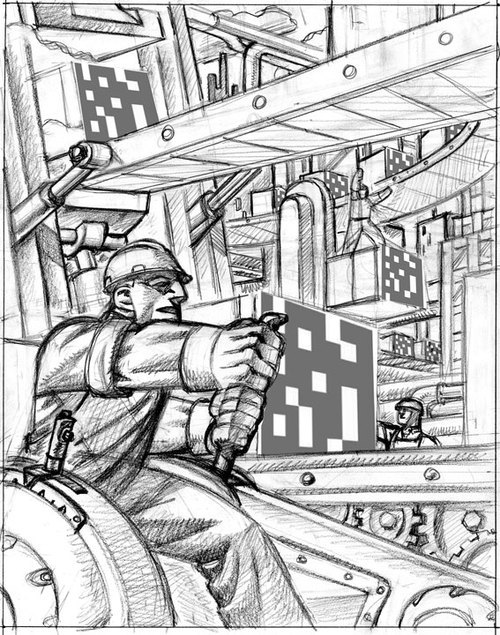 After some revisions the under drawing for final art was approved. 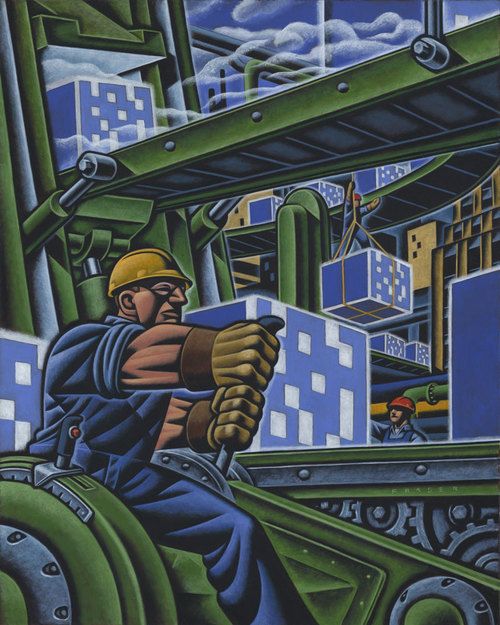 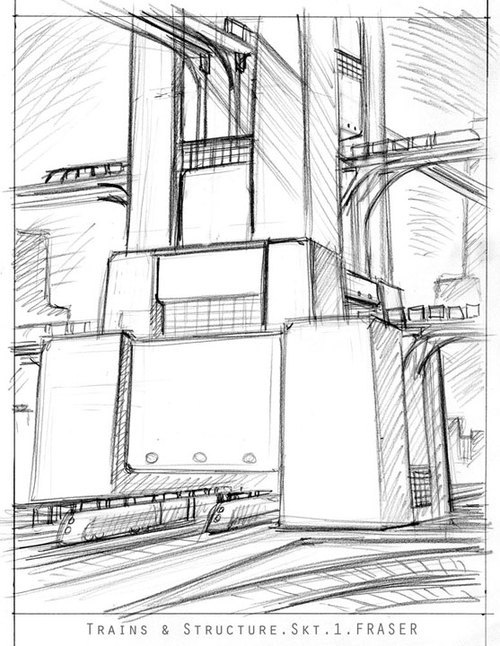 One of two rough sketches for the second illustration. 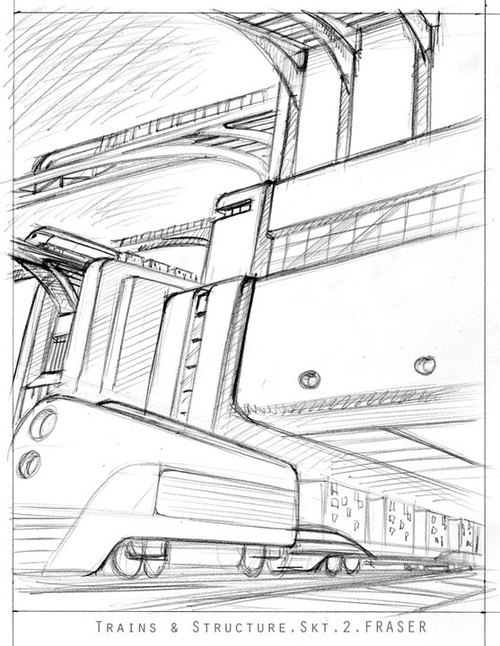 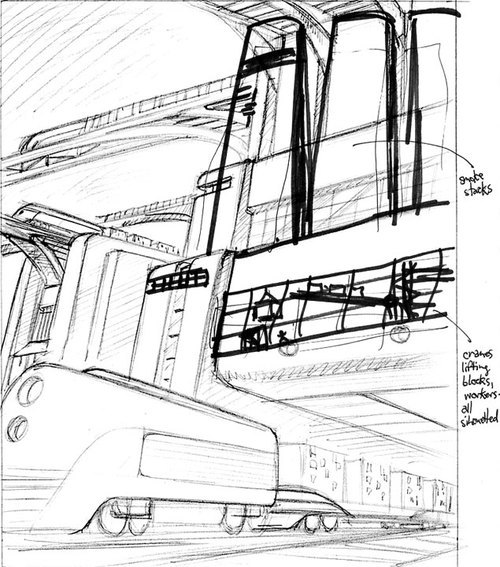 The art director wanted some kind of smoke stacks added. Plus a sunset. 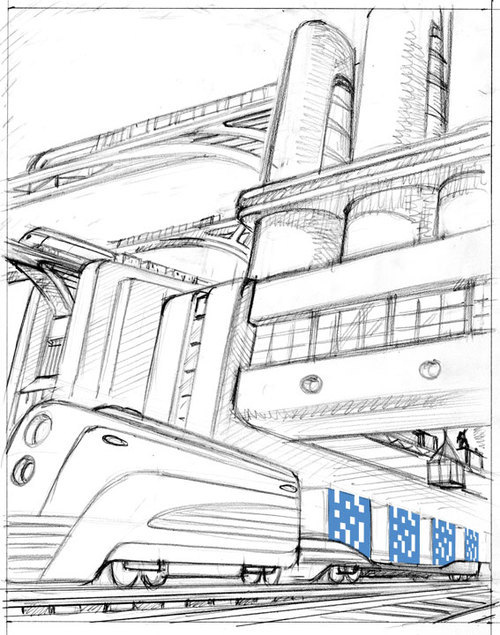 I designed smoke stacks, and kept them heavily filtered. No smoke. 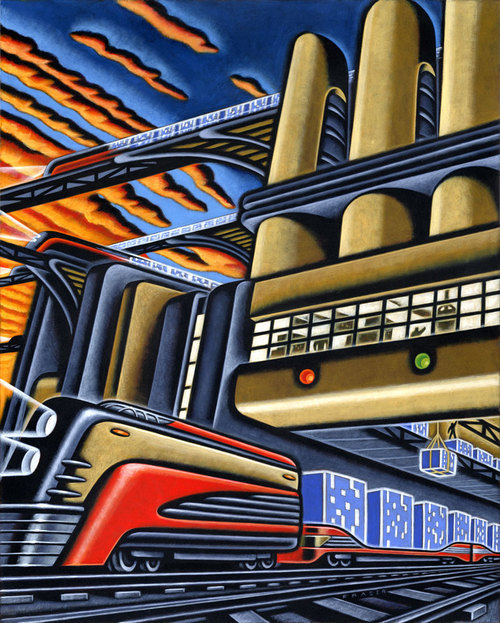 The second illustration with sunset. Number three was just finished, but not published yet.
Topical: Advertising