Recently I worked with Joseph Heroun at The New Republic magazine. We worked on the cover art. We've worked together before, and he was one of the first art directors to encourage me to work with a my more simple direct approach. Joe had an idea in mind which he described to me. I liked the idea as well, and after a few rough sketches, final art was under way. We wanted to keep the colors somber, and dark. The sketches have their own quality which I liked. I began to wonder if executing the piece in an alternative approach might be better. I was waffling, but Joe's direction was a real support. I've found that "sketching" roughs for a looser direct brush mark can get tricky. The direct graphic brush approach in the final is difficult to indicate with a pencil. The rough sketches tend to veer towards another approach. I am proud of the final cover, and the Art Director played a very helpful role in this situation. I'm not always thrilled with concepts floated at me, but when it's working in my opinion....well it's working. 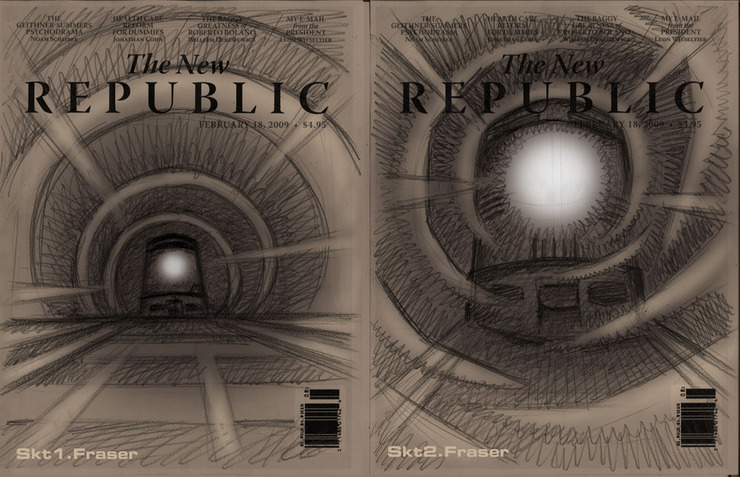 Joe & I discussed the first roughs. 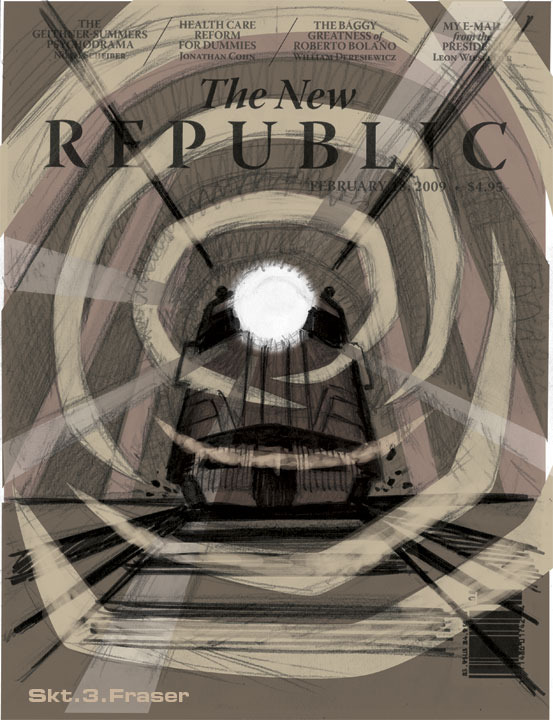 A middle scale for the train was sketched out. 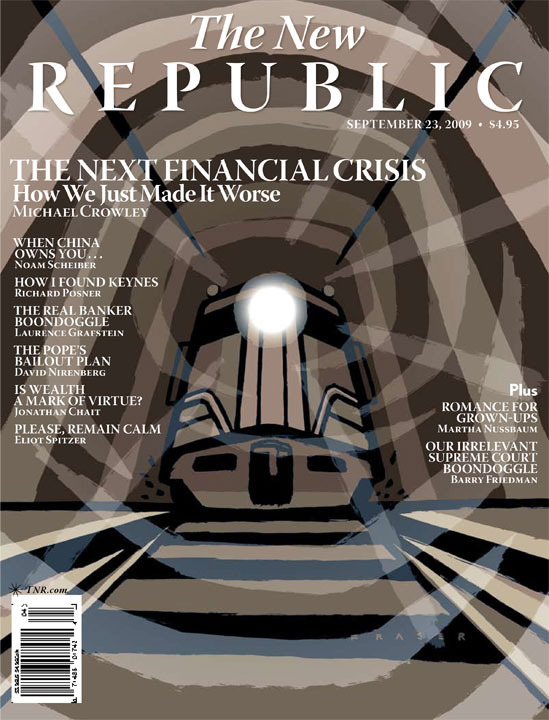