ABSOLUT VANCOUVER launched November 10th! Tah-dah, a special edition limited run city themed bottle, ABSOLUT Vancouver. The graphic brand of ABSOLUT is a big one, and includes quite a body of work. So when I received the invitation to create a city themed, and one of a few special city themed labels, this one for the city of Vancouver, I was very excited. As a west coast resident(British Columbia) it's was great to pay homage to one of the most vibrant west coast cities on the planet. Vancouver has a very contemporary skyline set against gorgeous snow capped mountains. With classic float planes coming and going, connecting the city centre to communities on the neighboring islands, and up the coast. There are bridges that link the city centre as well to the greater area of the more suburban communities. The city has a great blend of natural beauty with a strong urban character based on access to some of the most spectacular scenery around, plus being the gateway city on Canada's west.
I developed a couple of approaches, but always wanted at least one of those Canadian classic de havilland beaveresque float planes in the image. I developed thumbnails, thought about the quality of life I've experienced in Vancouver. Looking at the typography that Absolut has established. The bottle and it's clean lines with the clear glass canvas had me deciding that a clean vector would marry well with the surface, and look contemporary. The pop-heraldic chevron shape "V" really stuck in my mind. It was on old Vancouver Canucks hockey jerseys. From finding a direction it was about reducing the elements to their primary shapes, and composing the positive & negative shapes inside the "V". The blue and gold tie into the Swedish heritage of the company, and the provincial colours of British Columbia. Nature, urban, sun from provincial flag, downtown linked to the surrounding communities by bridges, The trees and running trails are there under the bridge, The Classic float plane connects the urban to the mountains, the "V" shape(chevron shape like two raised up arms) , all inside the area of a bottle label. Also I wanted to see the final art screen printed onto the bottle. The more tonal blending, or loose an image was, the more it would be necessary to develop a sticker label which is not what I wanted. ABSOLUT asked me to sign my work, and it would be printed on the bottle with the label. They showed a great interest in respecting me, and my process. The people I want to thank a lot are Kelly Kretz at Corby's, Craig Bond at B Street, and Stan Olthuis at Sharpshooter. Without them it would not have happened. The bottle is a limited run, and will be done probably by the holidays.
A dollar from the sale of every bottle goes to a $120,000.00 donation to a local arts project. There is a list of five possible receipts for the $120,000.00 donation on the ABSOLUT website; http://www.absolutdrinks.com 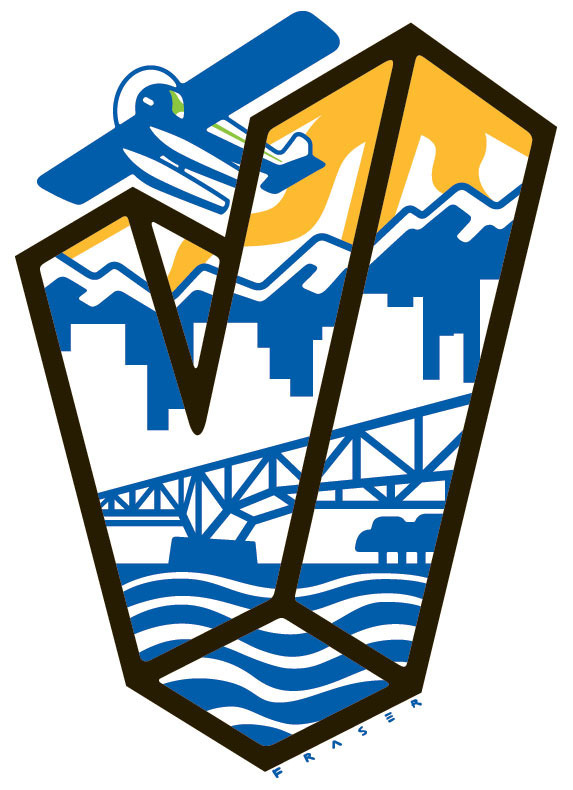 the label as it printed 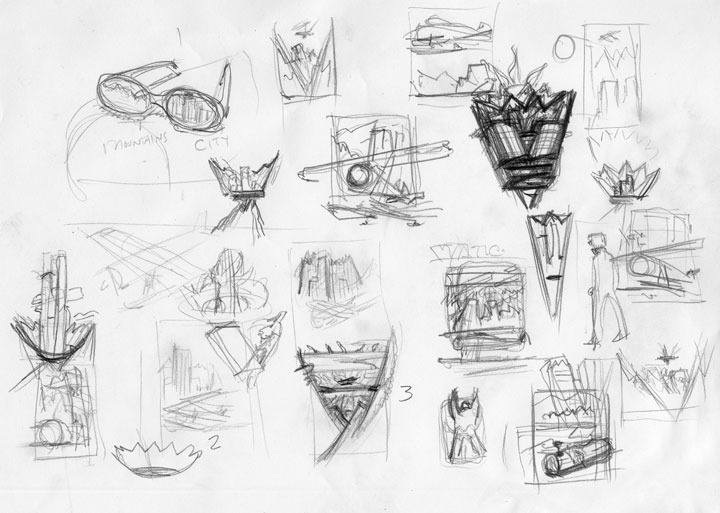 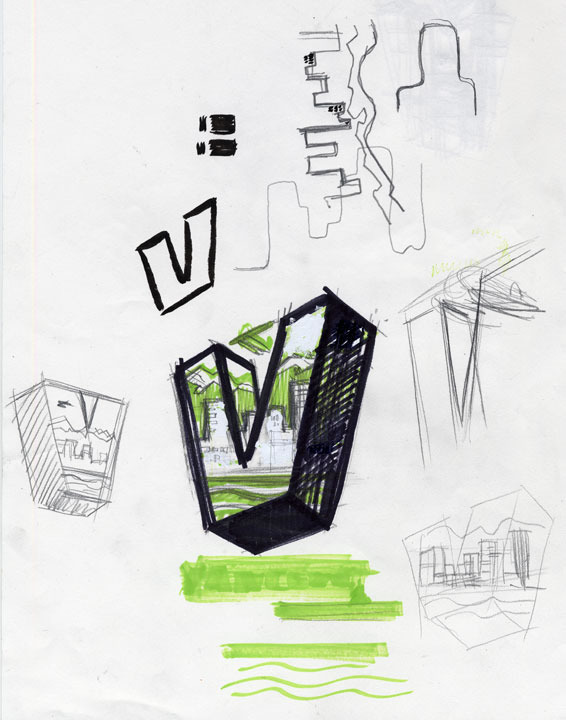 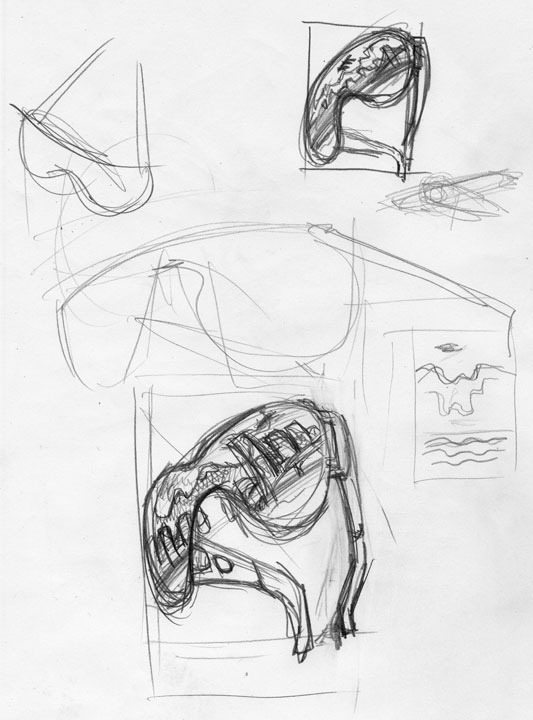 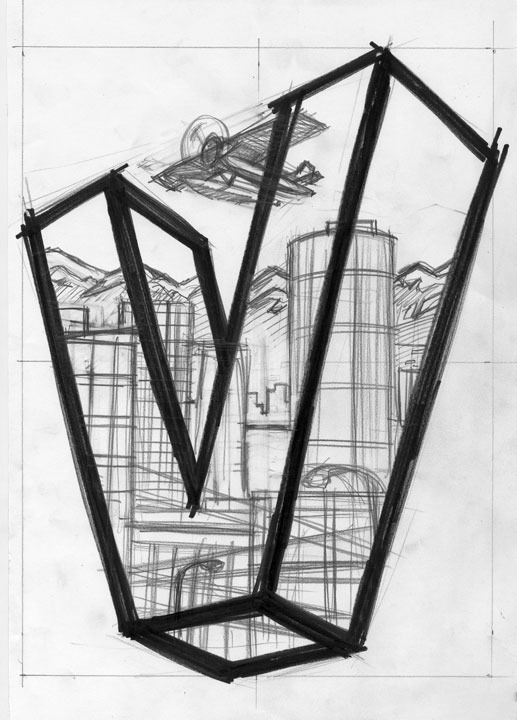 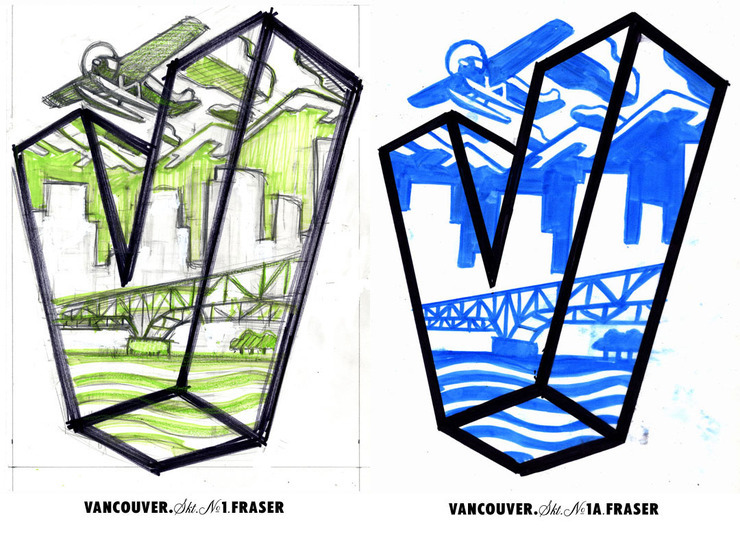 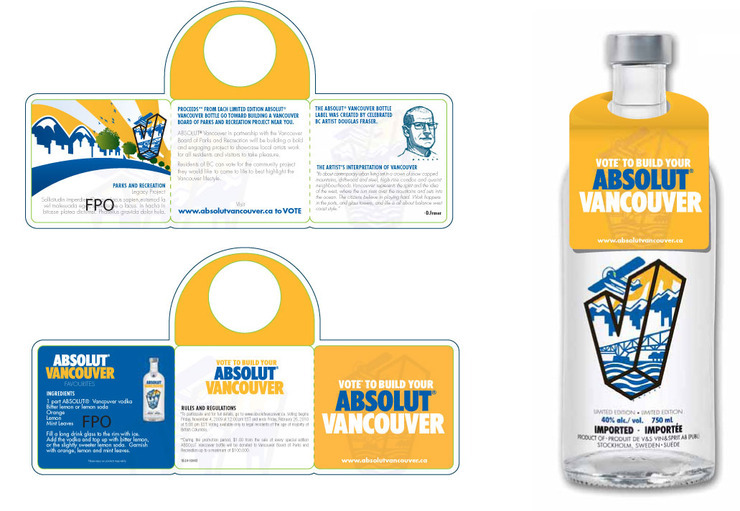 The neck tag was developed through B Street. Many thanks.
Topical: Advertising